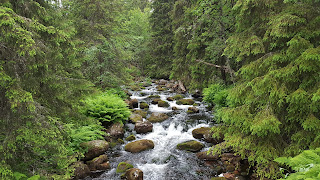 Note: If you want a condensed but full guide to the Troll Trail, you can find that here.  This shorter guide was written with the intention of providing an on-trail reference for hikers of this trail, and also as a complement to the longer guides and trip reports you will find below.

The Troll Trail (or TT for short, or Trolleden in Swedish) is a long distance hiking route I created that goes from city of Göteborg in the south, to lake Grövelsjön in the north on the Swedish-Norwegian border.  It passes through mostly southwest Sweden, but at times goes into southeast Norway or follows along close to (or even right on) the border.  However the entire trail can be hiked entirely in Sweden.

It is approximately 1,135km/705mi long, and there are several side trails, loops, and optional parts of the route that are not included in that total.

The TT can be hiked as an alternative section of the E1 European long distance path in Sweden, rather than the official Swedish E1 route.  You can read more about the official E1 route in my guide to it here.  I created the TT as a direct result of hiking the Swedish E1.  While I enjoyed this path overall, there were some problems with several sections, such as lack of trail maintenance, very little information/documentation, very isolated areas (making it difficult to resupply or have access to public transportation), and some sections had quite a bit of walking on asphalt and/or gravel roads.

But the shortcomings of the official Swedish E1 trail were not my only motivation in putting together this trail.  After many years hiking in the areas that the TT goes through, I really fell in love with the nature and terrain of places like Bohuslän and Dalsland.  I discovered more obscure nature reserves and woodland trails that not as many hikers travel to, or even know exist.  Yet other established and well known hiking trails were not that far away.  The more I hiked, the more a new route made sense, and I had a great time in the process as well.

Cesar's Guide to the Edsleskog Loop 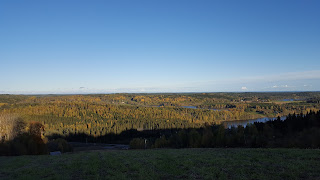 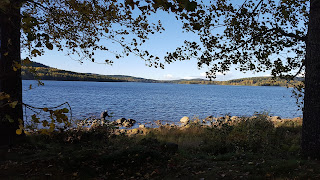 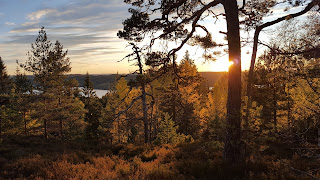 This lovely little loop is based on several trails around the village of Edsleskog, which is west of the town of Åmål.  It's a shorter loop, starting in and then returning to Edsleskog being a total of only 20-30km, depending on how you hike it.  There is a small network of trails that cover much of the nature reserve, along with a few gravel roads, though there is not much road walking overall--and better yet, very little asphalt involved.  You can get to the village by bus from Åmål, or you can hike there on a trail that connects the two places. 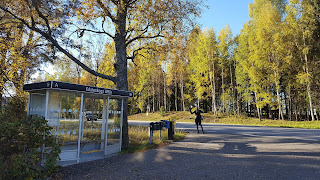