This post covers Stage 13, Bovik-Glimmingen, of the official guide to the trail.

You can also check out my report on the section before this one (going southbound), Stage 14.
If you have not already read the introduction to this trail guide, you can check it out by clicking here.  It has a list of reports on other sections I have hiked plus other important/useful background information in general--so please read the introduction first before reading my reports.

*   This section of trail offers a mix of nature and modernity, as paths weave over, around, and through parts of the small city Uddevalla.  The trail even goes past two bus stops, making it easier/faster (with a little planning, check out the public transportation here) to get in and out of the city center if so desired.  It is not a particularly spectacular portion of trail, but it is not boring either--there are some patches of pleasant hiking and the beautiful lake Köperödssjön, that also has the one and only official trail shelter in this stage (and it's a pretty nice one).  Around the lake are some very nice views as the trail wraps around the hills that surround it.

Things start off very relaxed, passing along several residential areas and open trails.  There were many people out taking walks while I was going through this first part of the trail. 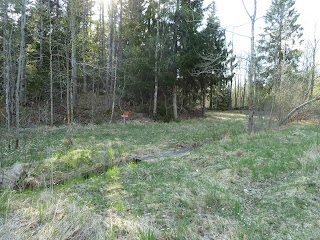 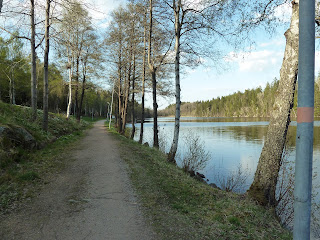 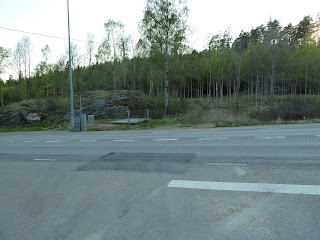 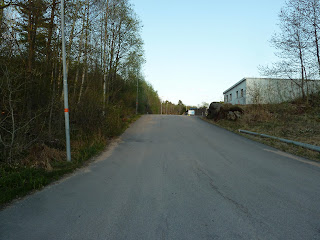 Going back into some woods behind some industrial complexes, there is a fork in the trail.  I went east towards the shelter, where I would spend the night.  One could go south and hike into the city center pretty easy, a 2-3km hike or so from the split in the trail. 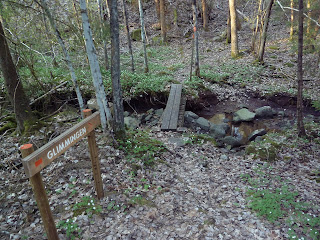 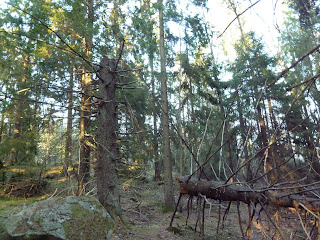 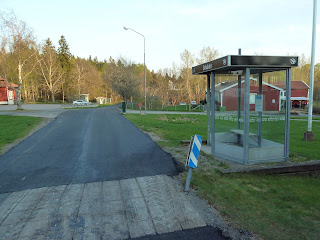 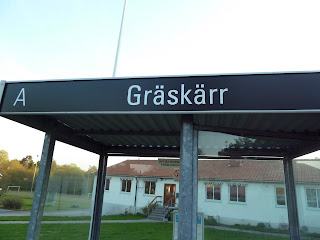 More residential areas, this time hiking on paved roads, and passing the first bus stop available right off the trail.  The hike around the lake that is close by is probably the highlight of this section, and I was lucky enough to be there right at sunset.  On the trail I came within about 10m from a large deer, which was exciting, but the poor deer got quite a scare from me--I was hiking on a very grassy part of trail that made it easy to get so close to it.

If you are going to the shelter, be careful not to miss the turn onto a side trail that takes you there.  There is a sign that points the way and says it is 500m away, but because it was getting dark out, I missed the arrow on the sign and thought that the trail would split ahead in 500m.  So I had to do some back tracking, but was not too upset by this, as this area is very nice to hike around. 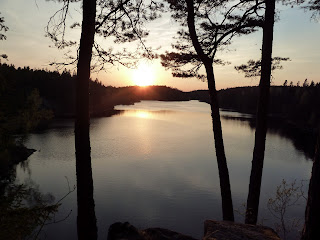 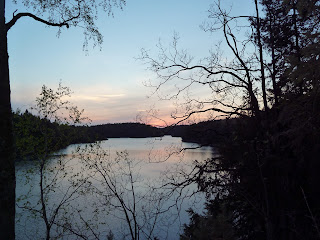 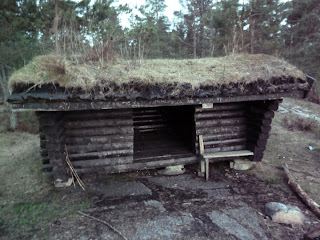 A roomy shelter in a very nice location with the lake close by and very easy to access.  For being near a city, I was surprised at how clean the water was and that it tasted fresh after filtering some for my water bottles.  After sleeping in and taking it easy to enjoy the nice shelter area, I hit the main trail again, which soon passes by a nature preserve and crosses over the lazy, plain river Bäveån.  Shortly after the river is a short walk on a dirt road and through some woods; and eventually the sounds of a highway can be heard, which is where the stage ends. 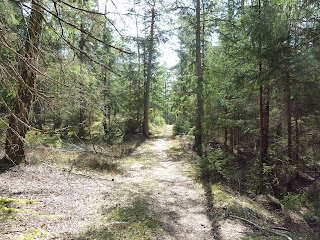 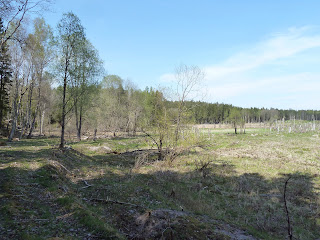 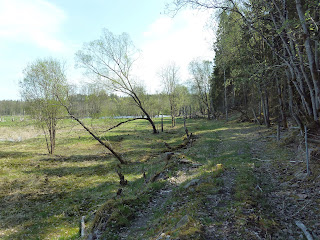 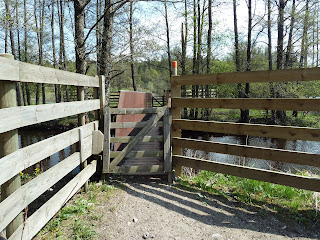 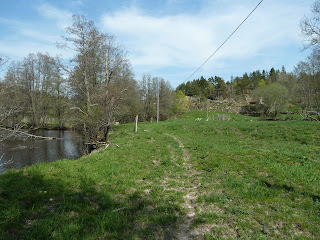 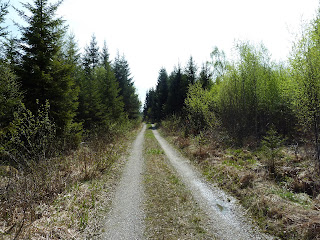 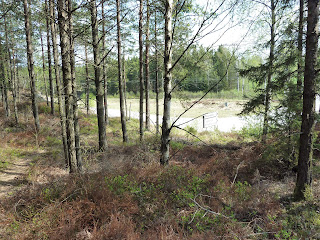 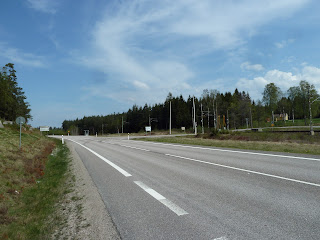 Not including making and breaking camp at the shelter, it took me about six hours to hike this stage, hiking at a normal pace and with some breaks, and also including having to backtrack some after missing the side trail to the shelter.

This is where my section hike ended, and here you can read more about why I was only able to get out for 2.5 days rather than my intended 5.5 day extended section hike, which would have given me the chance to nearly finish almost all of Bohusleden.  I was able to hitchhike a ride into town, but there is a bus stop right off the trail.

The name of the bus stop is Glimmingen, and there are several buses that stop here.  One could hike from the train station in the city to here (or the other way around) without too much problem, as according to Google maps it is roughly a 6km walk.  Excellent kebab in town at a place called Pinvin, if you are looking for a cheap, hardy meal.